All conference rooms in the Brendan Iribe Center come equipped with touch panels that can be used to control the video and audio source(s) and level(s) being used to project to the display(s) in the room.

Assuming the room was previously in a 'shut down' state, the display will look like this when you first come up to it. 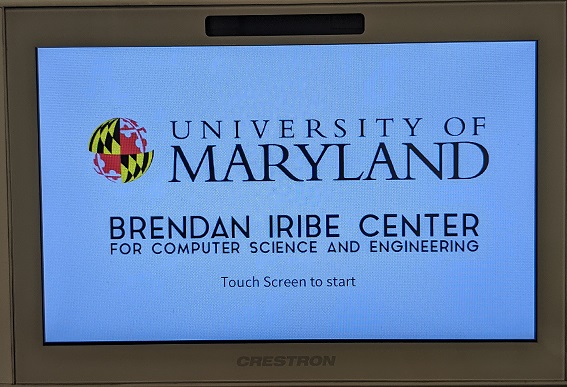 Touch the panel as directed to start it up. This will turn on the display(s) for the room and lower the projector screens if any are present. 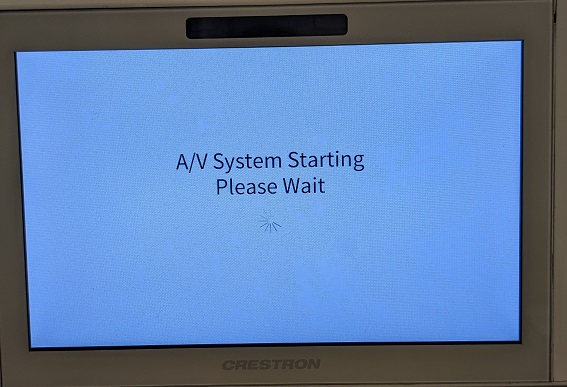 Once the startup completes, you will see a number of different options depending on what the capabilities of the room are: 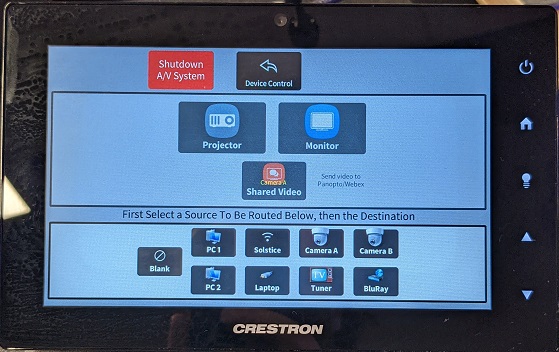 These (larger) rooms have a number of options for sources to display and multiple places to display them to. All of the source options available in the smaller conference rooms are also available in these rooms. The exact options on each moderated room's panel may vary, as the capabilities vary room to room.

Of note in these rooms specifically is the "Device Control" option at the top of the source/destination menu, which takes you to another menu where you can manage volume, and (in some rooms) lighting, microphones, and settings for other integrated devices such as the room's Blu-ray player, TV tuner, or room cameras. 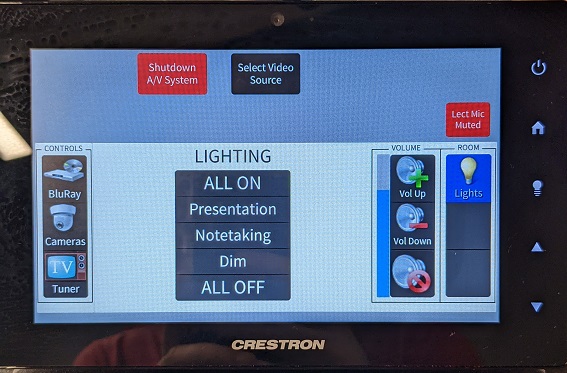 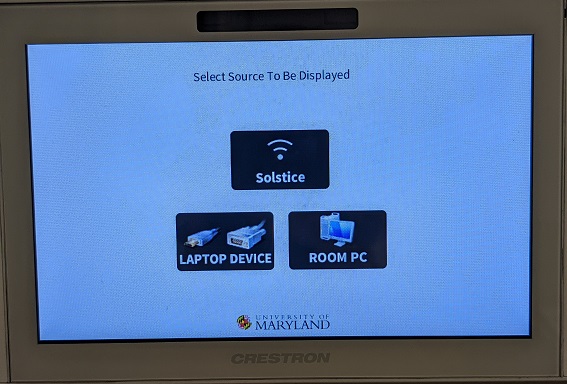 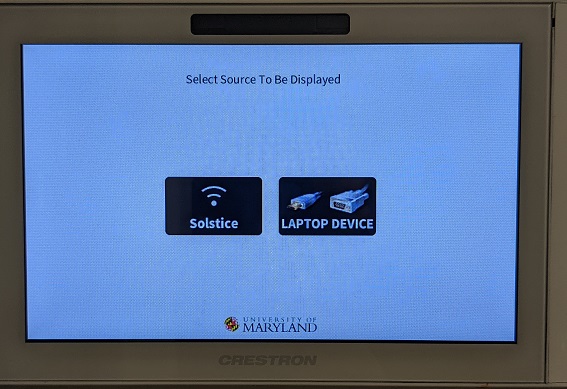 These rooms have the ability to display an external device's screen wirelessly using Solstice or wired via HDMI. They do not have room PCs, so you must bring your own device(s).

The three source options you will commonly choose from on these panels are "Solstice", "Laptop Device" (just "Laptop" on some panels), and "Room PC" (the third option only in non-huddle rooms). 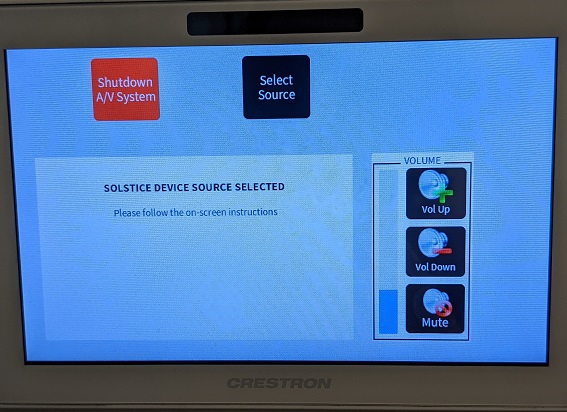 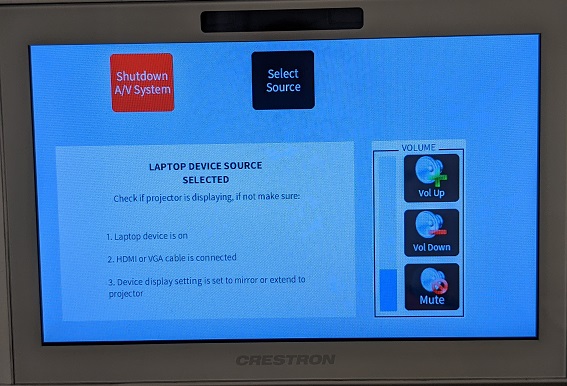 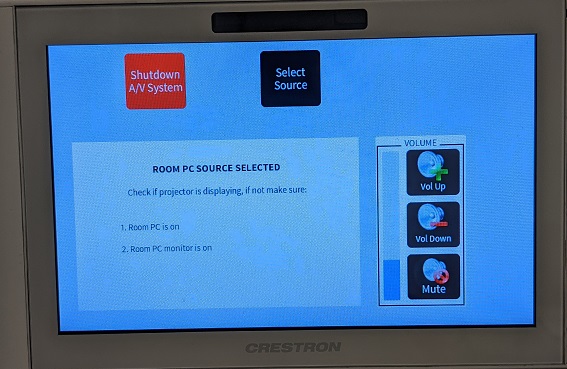